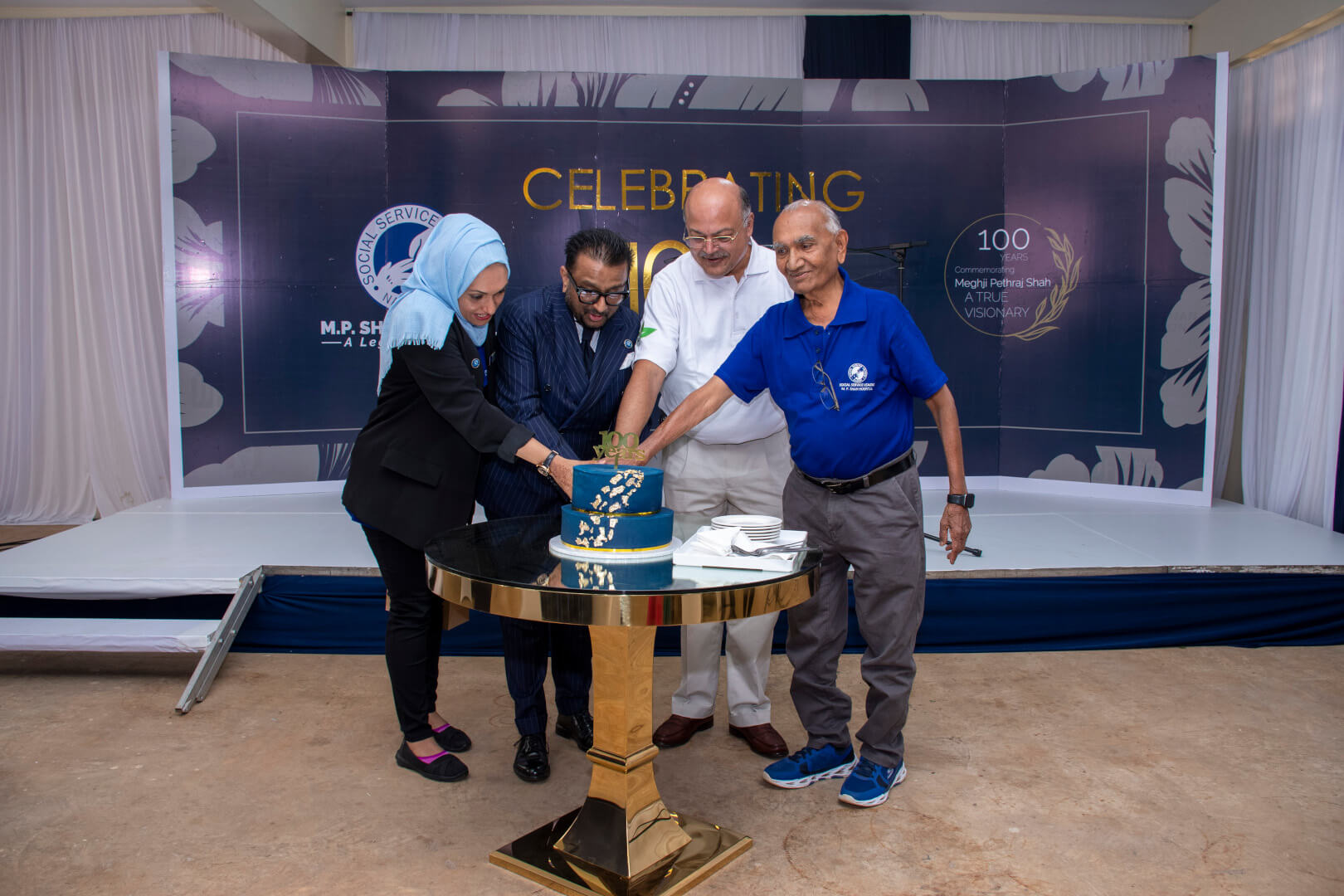 This year, M.P. Shah Hospital is celebrating the centenary of Meghraj Group, the business founded by the late Mr. Meghraj Pethraj Shah (M.P. Shah) in 1922. He was an astute businessman and devoted philanthropist.

M.P. Shah was born near Jamnagar in Gujarat, India. At the young age of 11, he became a schoolteacher in his village and enjoyed learning and sharing. In 1919, at the age of 15, he left his home and travelled to Mombasa, Kenya, where he found work in a shop. By this move, he became one of the pioneers of the historic migration from India of the Halari Visa Oshwal community, which has today become one of the world’s foremost business and professional diasporas.

In 1922, M.P. Shah moved to Nairobi, where he started the Meghraj Group, which expanded over the decades to house over 50 companies operating in East Africa, India and UK. In later years, he devoted most of his time, energy and money to charitable activities. M.P. Shah donated money to build more than 100 hospitals, medical facilities and schools including; the M.P. Shah Hospital in Nairobi, MP Shah Medical College in Gujarat, MP Shah Cancer Hospital, and the MP Shah Municipal College of Commerce & Law, where thousands of students and patients have benefited from this international philanthropy and continue to do so today.

Closer to home, the Parklands Nursing Home was founded in 1928 with the aim of alleviating human suffering in the community, and the vision was to create a haven for the ill to experience quality care, compassionate service and inclusivity. In 1956, it transitioned from Parklands Nursing Home to M.P. Shah Hospital, a fully-fledged multi-disciplinary facility covering every segment of medicine that caters to patients throughout the East African region.

To commemorate the centenary of when the Meghraj Group was founded, the M.P. Shah Hospital fraternity organised a children’s medical camp and school feeding programme for pupils from North Highridge Primary School in Parklands. A celebratory event was later hosted by the Hospital on Saturday 28th May 2022, which was graced by Mr. Binoy Meghraj, the managing director of Meghraj Group, among other notable guests. Mr. Binoy Meghraj, who planted a tree at the hospital and officially launched the oxygen plant in commemoration of the centenary, was impressed by the continuous growth of the hospital and pledged his continuous support. “I am very pleased to see the milestones that M.P. Shah Hospital has made since it was founded. As a group, we take very seriously our responsibilities to contribute to society as we learned from my grandfather.”

Over the years, M.P. Shah Hospital has made significant strides in improving the health facilities, building the capacity of the human resource and keeping up with modern operating practices. The hospital also prides itself in uplifting and improving the lives of the community through various activities in its corporate social responsibility portfolio, such as charity heart surgeries for children and free medical camps.

“As a fraternity, we work closely with the Ministry of Health and Nairobi County Government to ensure the prioritized health needs are met. These include the acquisition of an additional oxygen plant to improve oxygen supply in the country among many initiatives. Our donors and partners are critical to our growth, and we appreciate their selflessness by acknowledging them on our campus.” Said Dr. Manoj Shah, Chairman of the board of governors at M.P. Shah Hospital.
The Hospital is also keen on environmental conservation and thus embraces green initiatives to reduce carbon emissions and recycle and reuse waste. This commitment has been cemented through its membership in the United Nations Global Compact.